Home Flirting What Does It Mean When a Guy Flirts With You But Has a Girlfriend?
Flirting

What Does It Mean When a Guy Flirts With You But Has a Girlfriend? 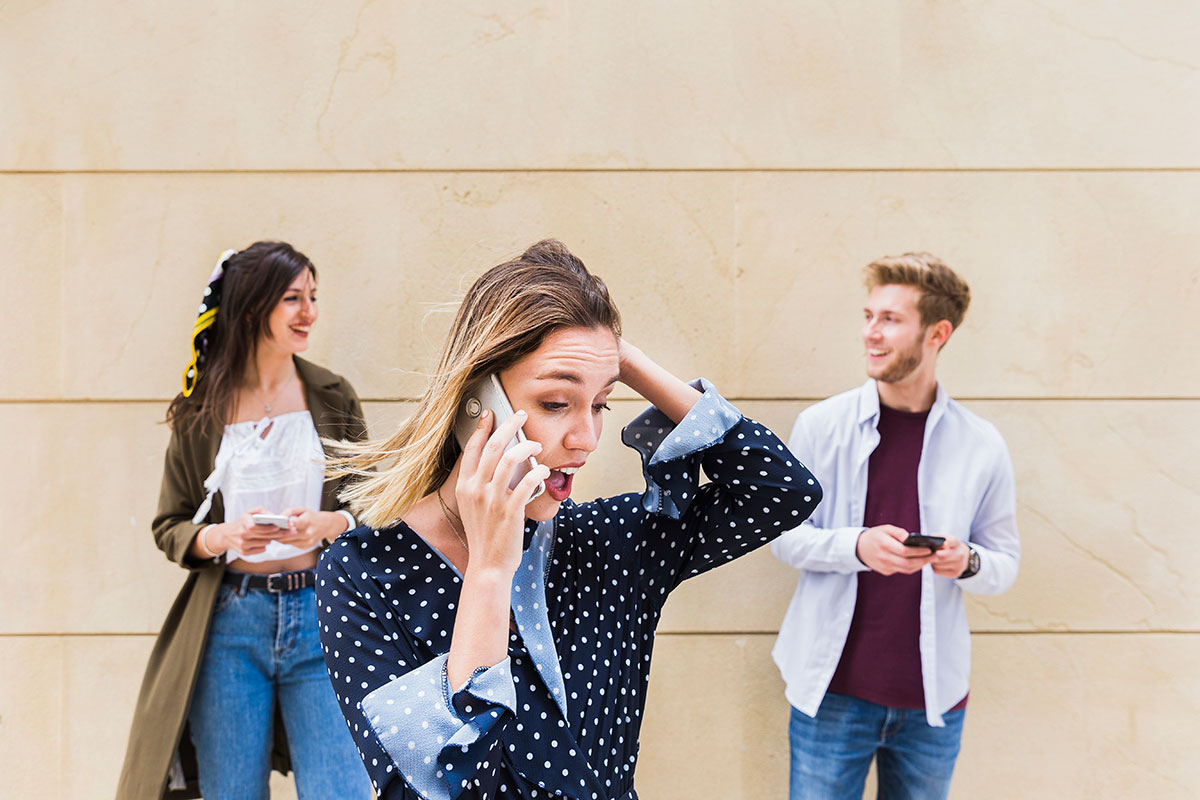 So you met this cute guy. I mean, he is unbelievably cute and he’s incredibly nice to you. It seems like he is pretty interested in you too, but there’s a catch- somewhere along the line you find out this ‘man of your dreams’ has a girlfriend. Now what? What does it mean when a guy flirts with you but has a girlfriend?

This is probably the most obvious answer of them all, but some girls really do not want to admit that this sweet, handsome dude is actually just an out and out player. He probably isn’t even really interested in you, but he is more-so interested in every single female on planet earth. He basically flirts around, trying to get as many women to enjoy his company as humanly possible.

He simply thrives on flirting with females of all shapes and sizes and ages. And don’t think for one second just because he is a huge player he doesn’t have a girlfriend. Nine times out of ten the player will have a girlfriend and just enjoy extra stuff on the side!

It’s human nature: we get bored if things aren’t kept spicy and exciting! Unfortunately, when he is flirting with you, he thinks of you as a thrill. You’re brand new and all the conversations are new, there is a certain amount of ‘spice’ in the relationship and he doesn’t want to be stuck with the same old, same old. However, he probably still doesn’t want to break up with his current girlfriend because he doesn’t want to be alone or genuinely cares for her.

You’re Taking it the Wrong Way

I hate to say it, but a LOT of people in this day and age confuse being nice for flirting; and you don’t want to be one of those people who think they’re constantly being flirted with when people are simply just trying to be kind.

For instance, perhaps you notice him smiling at you often or telling you that you look nice, or maybe he is simply opening the door for you often or helping you with your homework here and there. These are simply nice things a man would typically do for females if he has any type of gentleman blood in his body. However, if you notice his smirks and compliments getting ‘out-of-hand’ and a little bit too risque, he could definitely be flirting with you.

He Really Likes You

There is always the off chance that this man does in fact like you, but he isn’t ready to give up his current girlfriend for you. In this circumstance you always need to remember that you shouldn’t let anyone make you their ‘second choice’. If this guy truly likes you then it won’t take too long for him to notice that his current relationship is a bust and he needs to persue you instead. If this is the case, make sure you allow plenty of time for the past relationship to ‘cool down’ so you don’t appear as a ‘man stealer’ or anything of the sort. Also, allow this man to chase you- don’t jump into the relationship right away and be his rebound.

Once you’ve deciphered what his flirting truly means, you can take action.

-If he is a player, you need to back off completely. Don’t be just another one of his ‘girls’ that play off of his attention and can’t get enough of his silly compliments. Make it known you’re not interested and the two of you need to remain friends.

-If he thinks you’re the new and exciting thing and he’s just using you for thrills, you need to make it known that the two of you are just friends and nothing more.

-If you think you’re taking his friendliness the wrong way, then simply back off and take it for what it is. His attention is nice, but remind yourself it’s nothing more than a man being a man.

-Last but not least, if he truly likes you, take things slow. If it is meant to work out, it will work out, but make sure you do not try to rush things.

Have you ever had a man in a relationship flirt with you? What did it mean and what did you do about it?

A Beginner’s Guide to Couples Therapy

Signs That a Married Man Is Flirting